Family Night: Our 12 Favorite Games to play as a Family!! 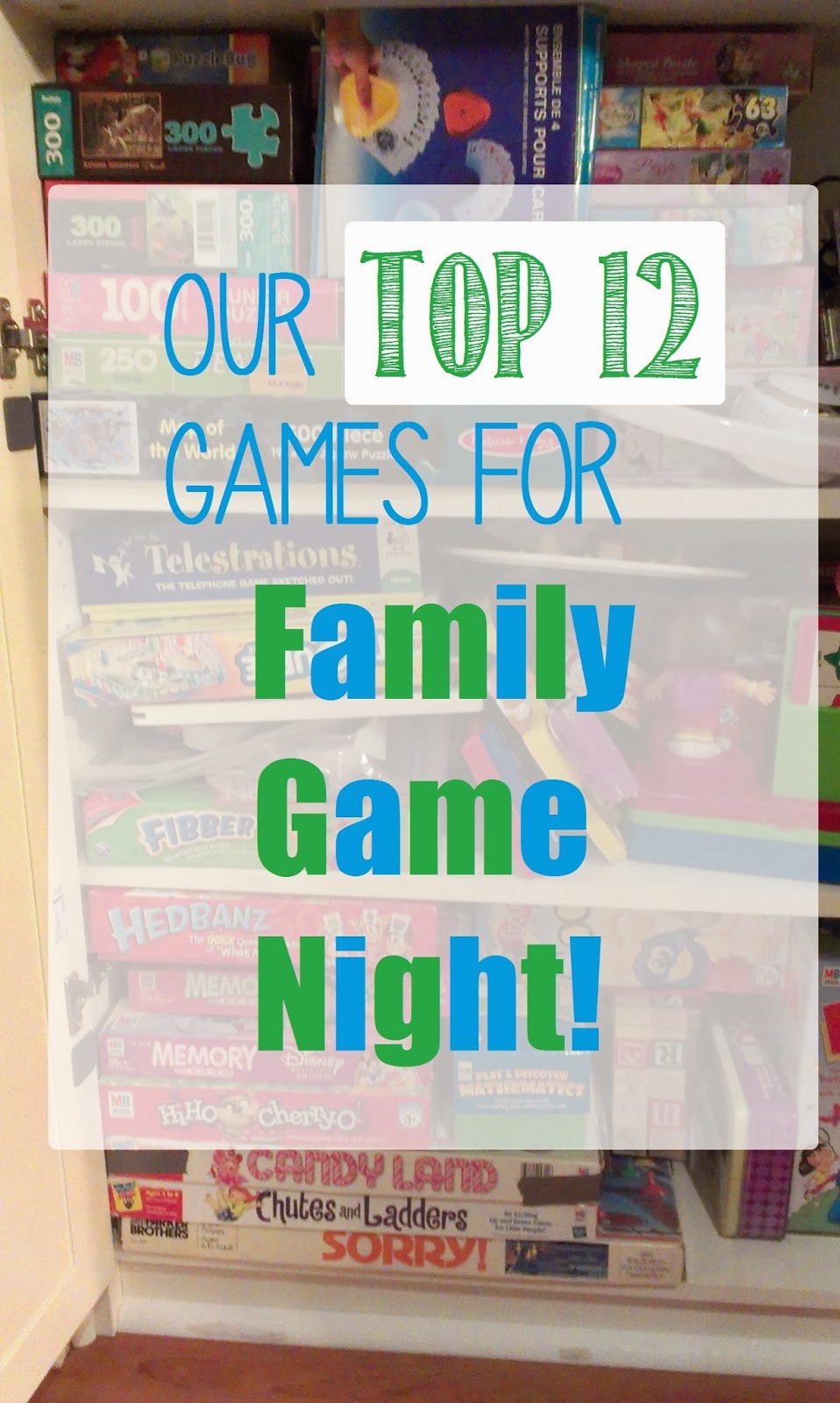 We love to play board games as a family. If there is anytime between dinner and our usual bedtime routine of bath, books, prayers, and bed, we try to squeeze in time for Family Game Night!

I thought I'd let you know our favorites... hopefully some of these will be new to you and you'll start having regular Family Game Nights also!

(These are not ranked in any particular order.) 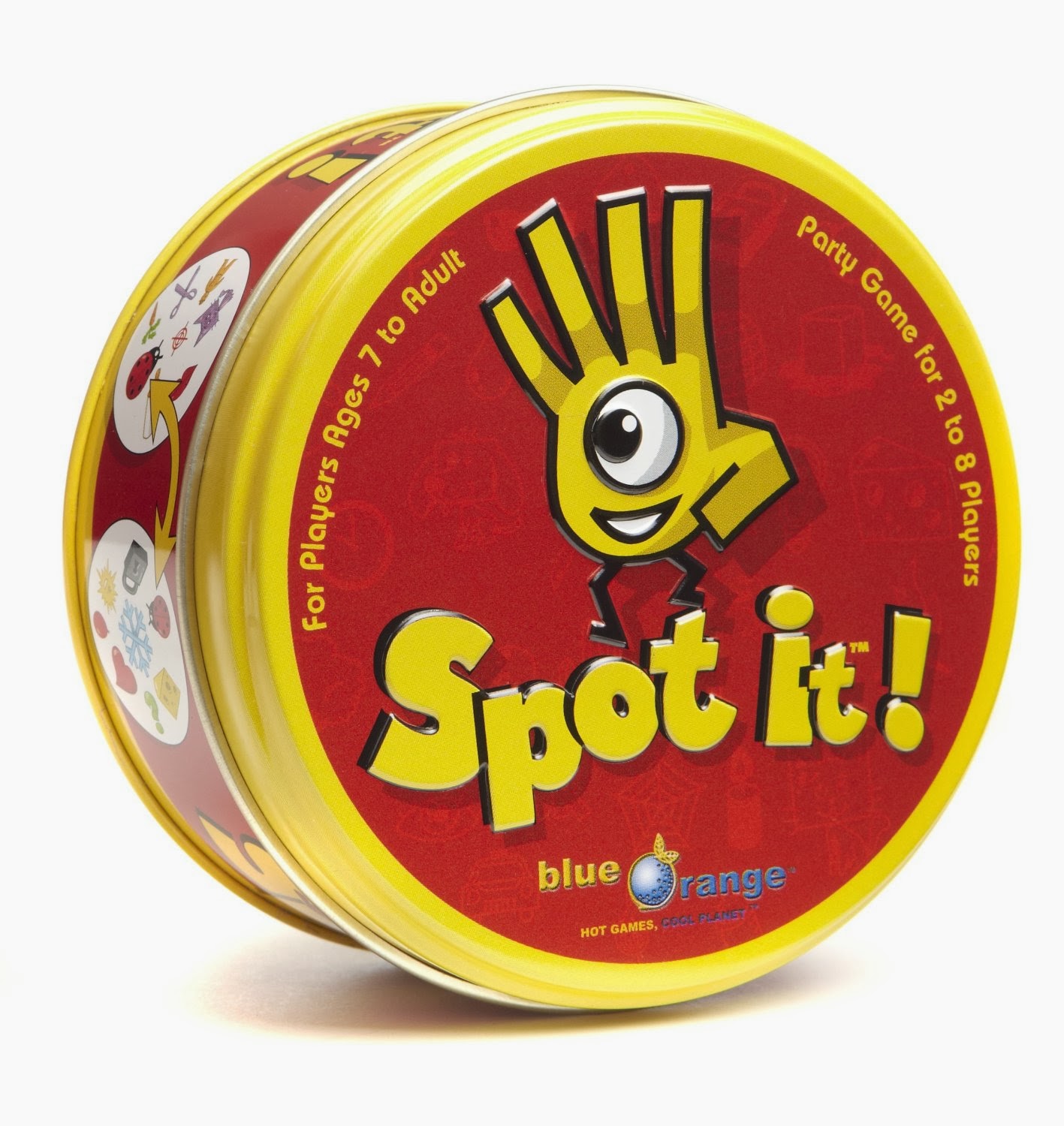 1. Spot It
This game is so much fun, it's often the one we pick to play together. There are many different ways to play, so it's not a game you'll get tired of. The concept of the game is to spot the matching symbols on the cards... be the first to spot it and you win the cards. There are also different versions of this game, like Spot It Shapes, Spot It Alphabet, etc.

2-8 players; five ways to play. Recommended for Ages 7-12 (but I think younger kids can play this also) 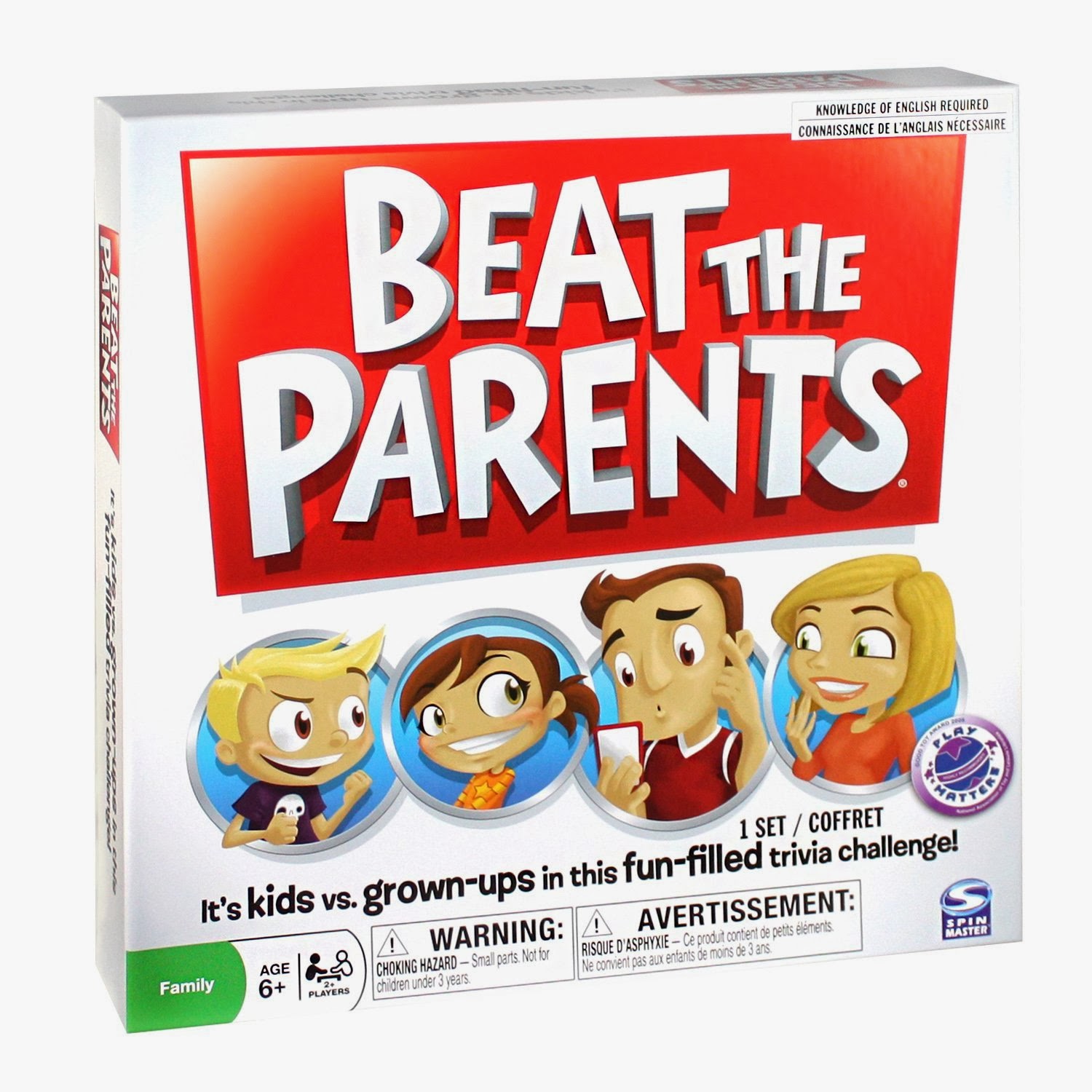 2. Beat The Parents
This game usually involves some fierce competition... the kids really like to beat us parents! Teams take turns answering trivia questions (there are adult questions and kids’ questions) and moving their pieces up the board until one team wins.

Play on teams of 2; Recommended for ages 6-10 (it helps if the kids are strong readers). 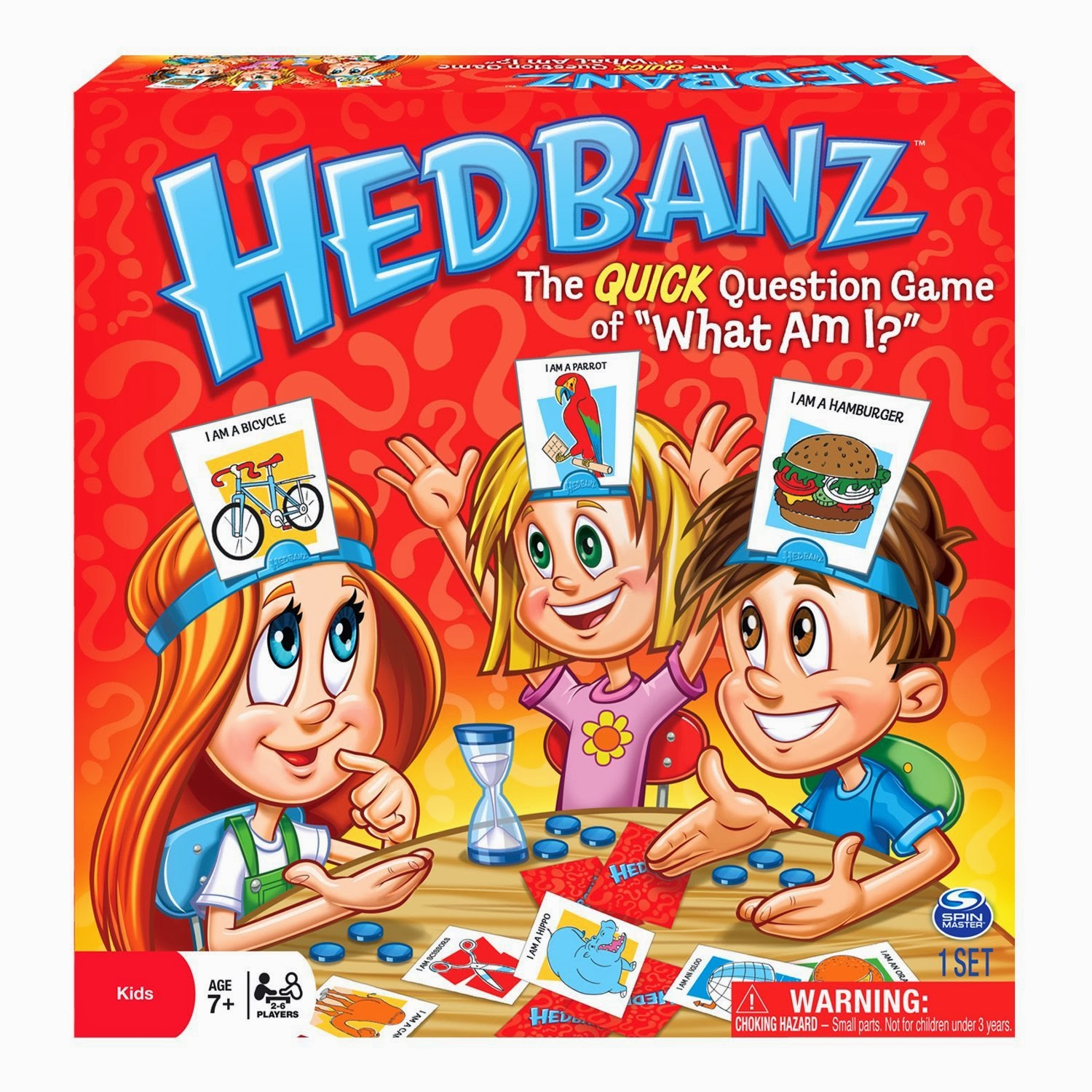 This game is hilarious! We always end up with a serious case of the giggles with this game. Players don a headband with a card that shows an image on their head. They have to ask other players Yes or No questions to try to determine what the cartoon on their head is. You can play with or without the timer and either keeping score or just for fun.

2-6 players; recommended for ages 8-12 but younger kids can definitely play (our youngest was probably 5 when we got this and she did great)! 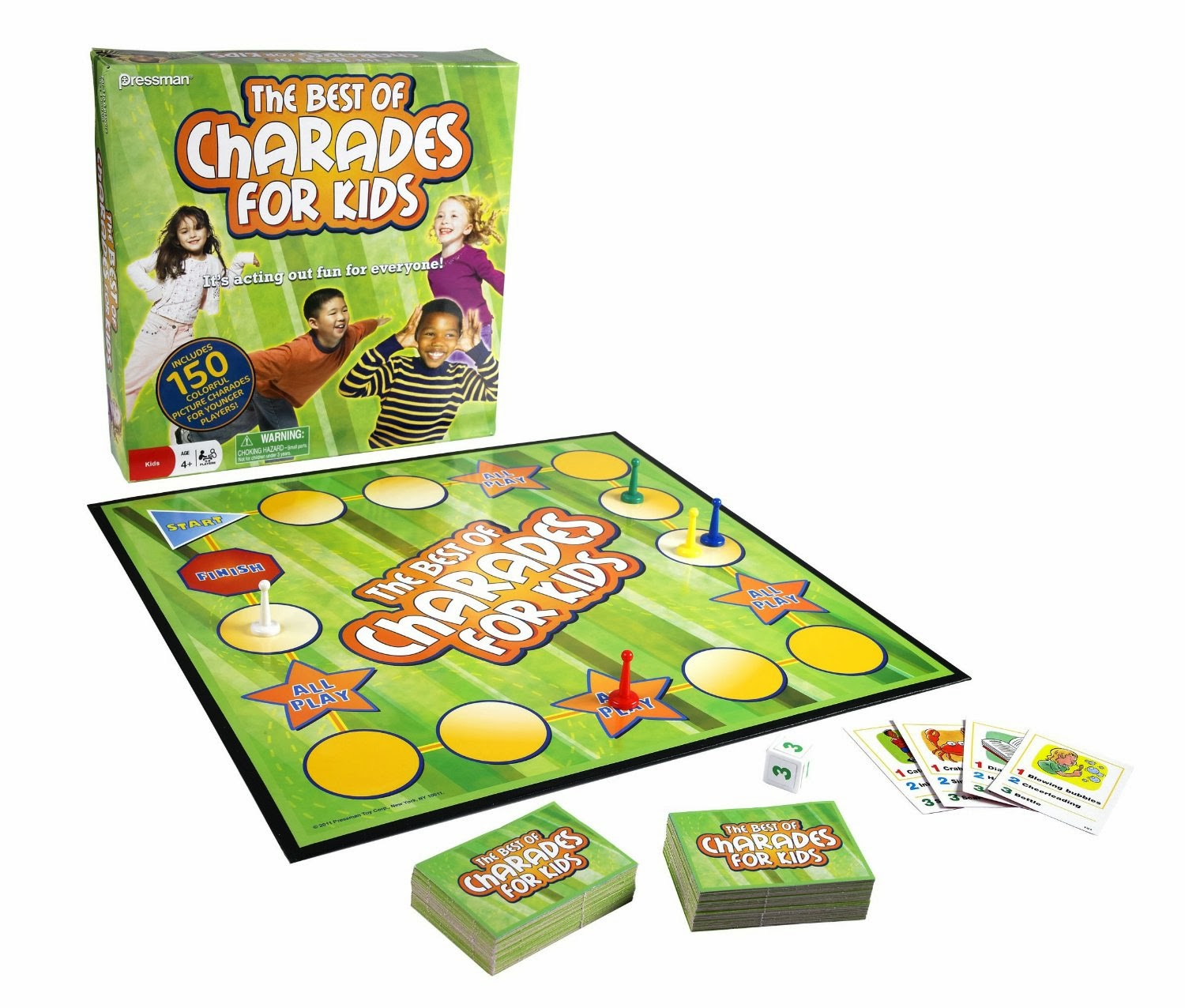 4. Charades for Kids
Just like your typical Charades game where you act out what your card says and others have to guess, this game is so much fun and creates lots of laughs. The game board is easy for young kids to navigate and the cards even have pictures for your non-reading kids! 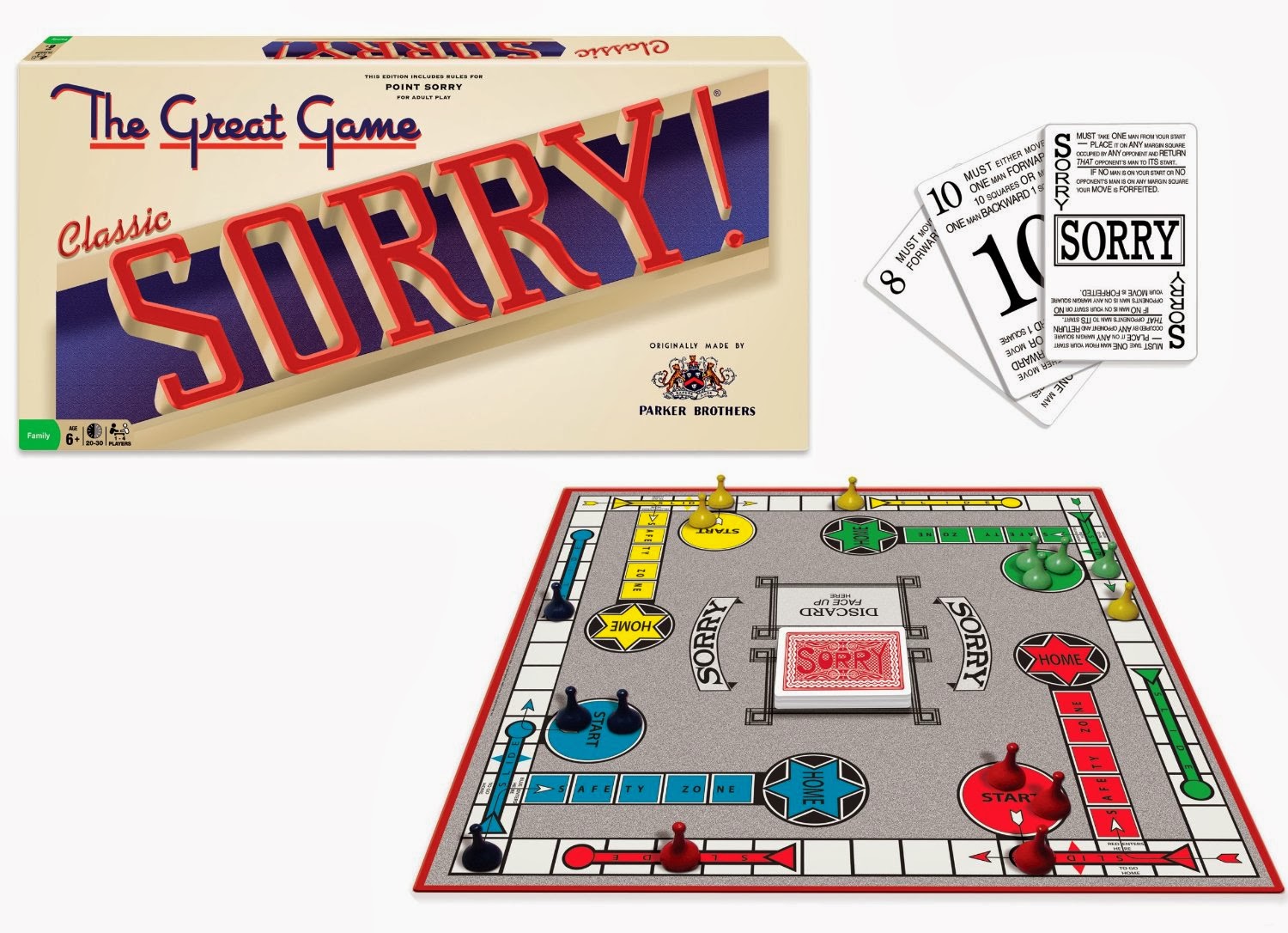 5. Sorry Classic Edition Board Game
I remember loving the game Sorry when I was a kid, and it's even more fun playing now with my own kiddos. Players try to travel around the board by moving the number of places that their drawn card says faster than any other player and make it back "home" again. It's really simple to play, it's great for practicing counting, and you can either play the "nice version" (which my kids like) in which you take the Sorry cards out (which sends opponents back to start) or play the "real" way, if your kids are a bit tougher than mine!

For 2-4 players; recommended for ages 6 and up (but younger kids can also play). 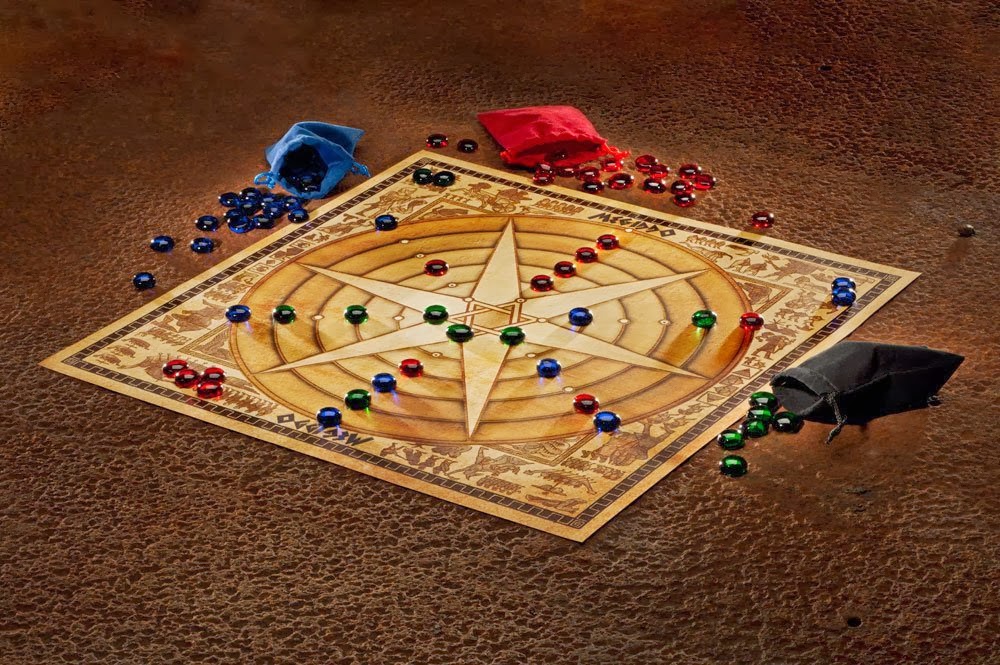 6. Megiddo
This is a fun and quiet game, full of strategy and suspense! It was a winner of the prestigious "Best New Game of the Year" awards at the British Toy and Hobby Fair, the New York International Toy Fair and the Paris International Toy Exhibition, and "Games 100" selection - one of the world's best games. All that to say, it's a fun game that, surprisingly, many people haven't heard of! The objective is to place six stones in a row or capture six of your opponent's pieces... which sounds really easy, but it's not!

For 2-6 players; ages 8 and up (this game is a bit harder for younger kids, but 6/7 year olds can probably handle it). 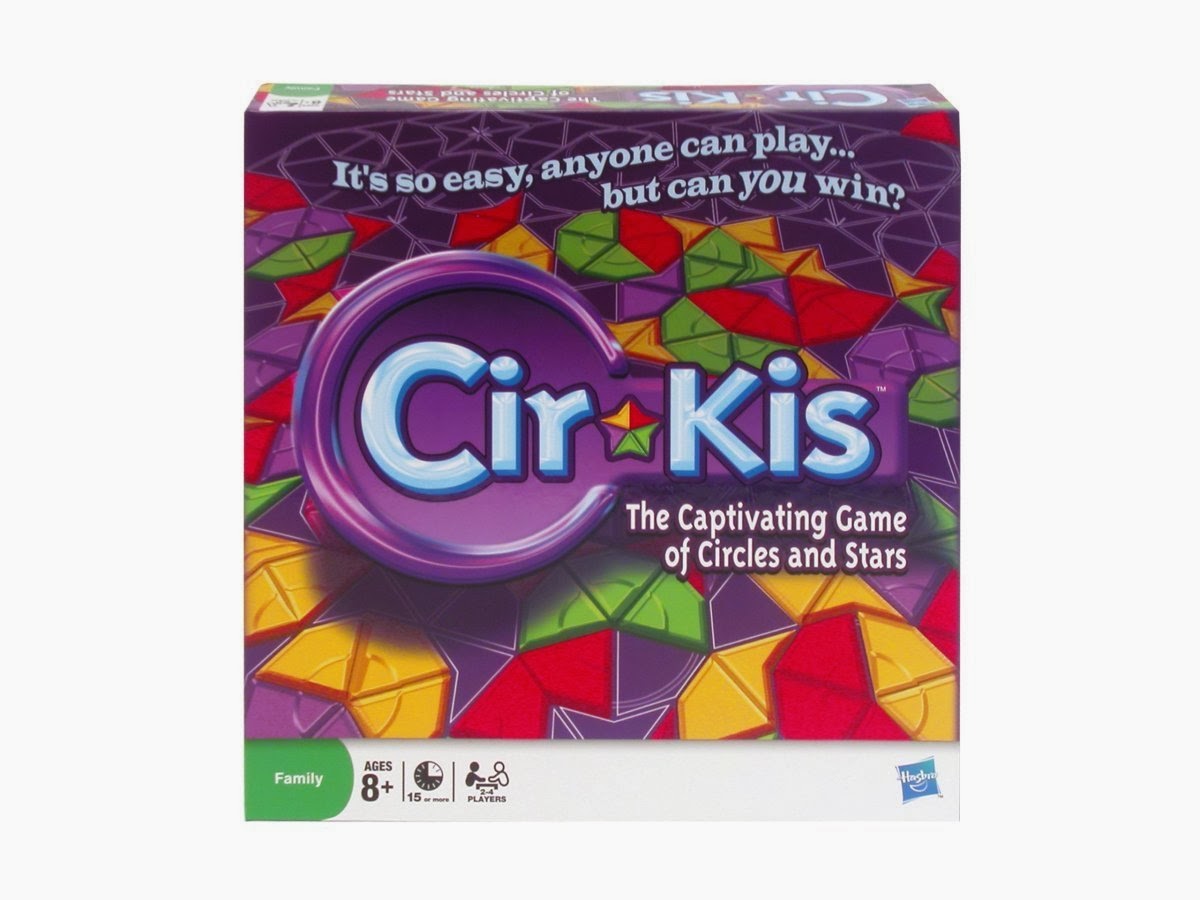 7.Cirkis
This is a fun game that takes some strategy but it's different than most board games (which is why we like it). Players take turns placing a piece on the board next to the last piece played. If you complete circles and stars, you'll score points.The first player to score 40 points wins the game. You only have so many of each shape, so you have to use strategy to decide what to play and how your play will affect the next person's play!

For 2-4 players; recommended for ages 8 and up, but younger kids can play. 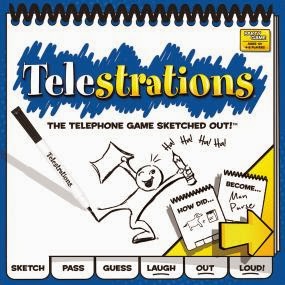 8. Telestrations the Telephone Game Sketched Out!
This fun game, a take on the old "Telephone" game, is really great. Each player gets a white board sketch book and a dry erase marker. Everyone picks a card and then has to draw what the card says. You pass the book to the person next to you and receive the person's book who sits on the other side. Then you have write what you think they've drawn. Pass it again and the next person draws what you wrote, and so on. At the end you can see how your initial picture got changed into something else entirely!

4-8 players. recommended for ages 12 and up, but my kids are 6 and 8 and can play this perfectly fine. It helps if the kids can read the cards though. 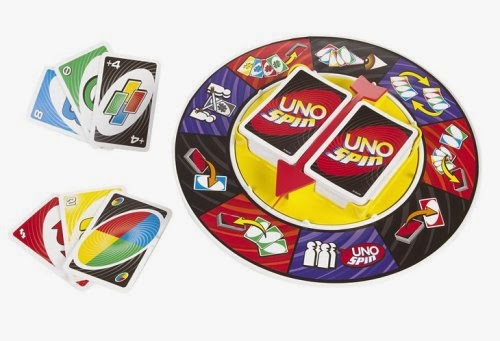 Any version of Uno is fun, and we'll often rotate between the original and the other versions! Uno is a great game for youngsters who are learning colors and numbers, and older kids who want to try to implement strategy. You never know who is going to come out the winner with Uno, which is part of the fun!

The basic game is the same-- try to get rid of your cards before anyone else. Along the way, you may have to draw more cards, be skipped, have the play direction reversed, or get a wild card, making it impossible to predict when you'll finally be down to your UNO or last card!


For 2 or more players; Recommended for ages 7 and up, but younger kids can definitely play this game! 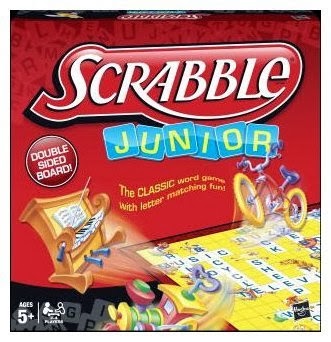 10. Scrabble Junior
This game is great because the board has two levels-- one for kids still learning to spell and one for older kids. The younger side has words already on the board on which you can place your letter tiles. Earn chips for completing words and get rid of your tiles until there is one winner. The older side is the classic game with empty spaces to spell your own words with the letter tiles you have. This game will grown with your kids and your family.

For 2-4 players. Recommended for ages 5 and up. 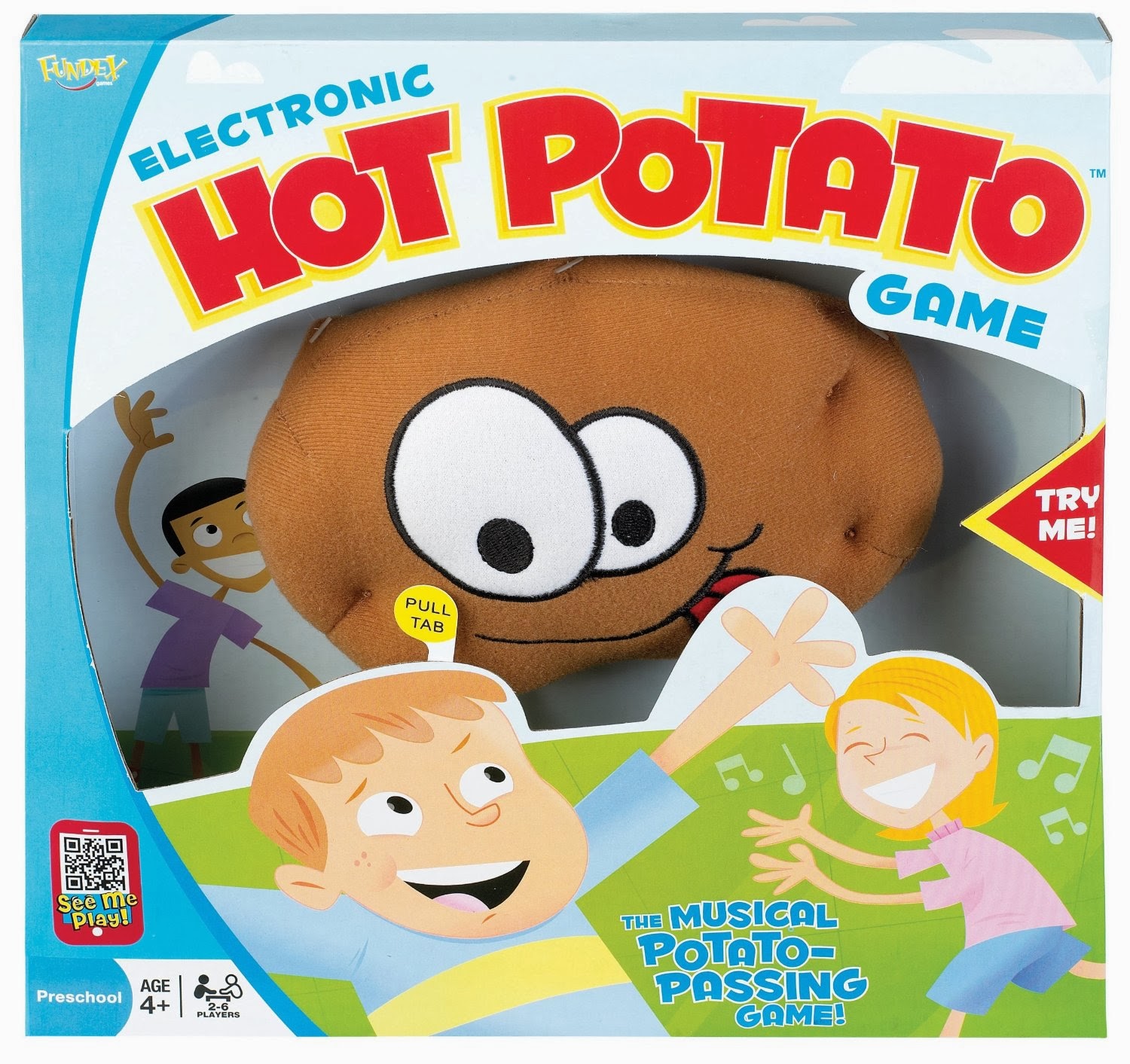 11. Hot Potato Electronic Musical Passing Game
This isn't a board game, but it's still lots of fun and easy to play so I had to include it! Similar to the classic Hot Potato game, this version features an electronic musical tater to toss! Squeeze the Hot Potato to begin the game-- music will play and speed up as you pass it to other players! Don't get stuck with the potato when the music stops or you have to get a potato chip!
Pass the potato to another player, but don't get caught holding the spud when the music stops
For 2-6-players; recommended for ages 4 and up. 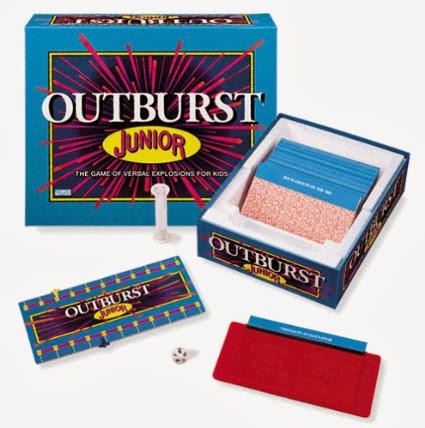 12. Outburst Junior
You've probably played Outburst before, but have you tried Outburst Junior? This game tests your knowledge of simple subjects and you have to hurry and name as many things in the category as you can before the timer runs out! For example, ""Name the foods found in a lunch box." The opposing side will then check off if your answers match the answers on the answer key and award you points.

For 2 or more players; recommended for ages 7 and up (but 6 year olds can also play).

There you have it-- our favorite Family Night Games! I just ordered about 10 more from Amazon, so I'll update this list once we've tried them out. What are your favorites? We're always looking for the next "best" game to add to our collection!