Easy Math Game to practice addition and place value! Use household toys, like UNO and Lincoln Logs or Legos and Beads! 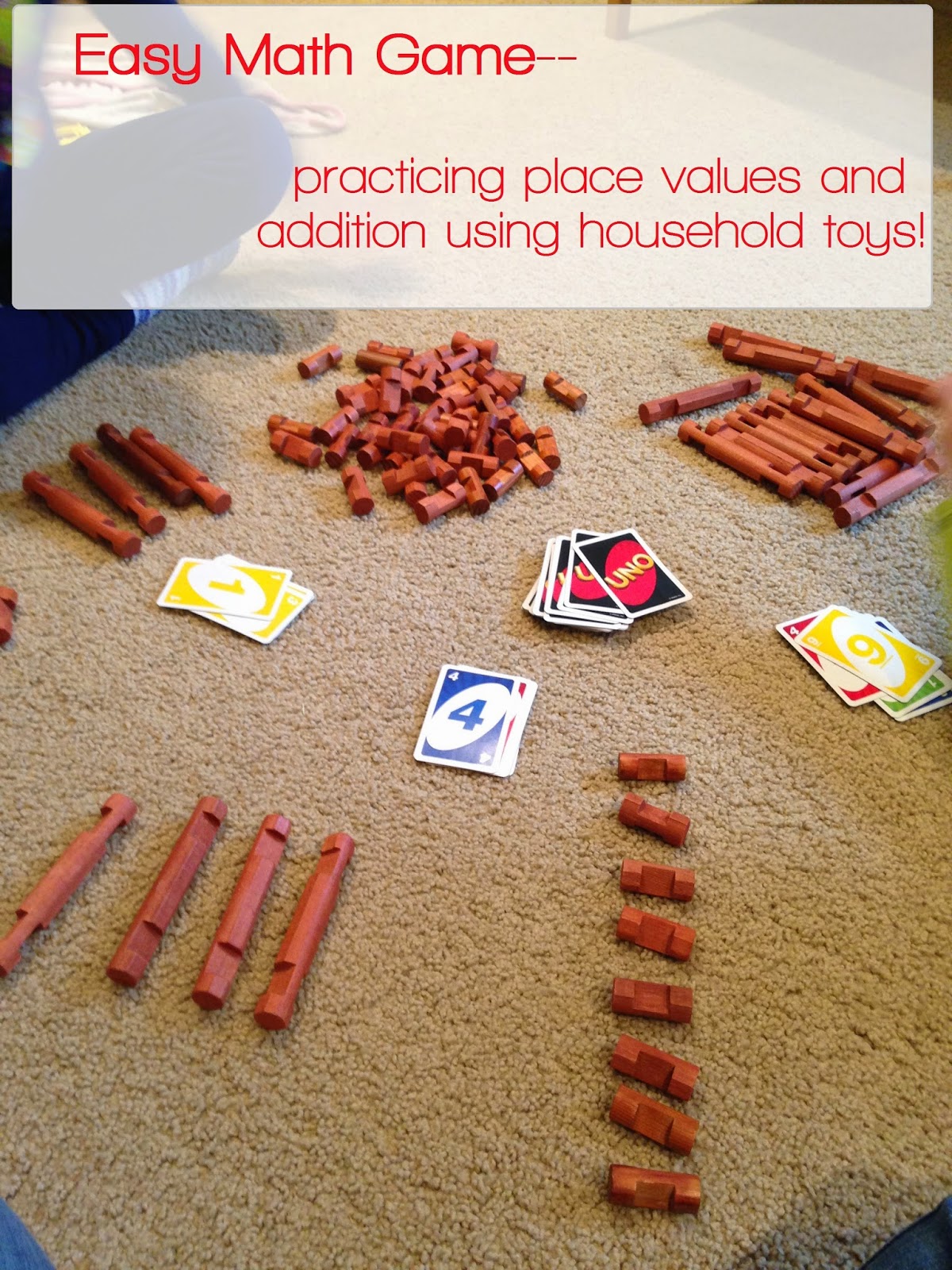 Here is a fun game we used today to practice place value, adding up to tens, and adding in our head.

All you need is:

* A Deck of Cards with the numbers 1-9 and a "wild" card for 10. (We used UNO cards, but you could also use a regular deck if you use the Ace to represent one and a King to represent 10)

* Playing Pieces to represent groups of TENS and ONES (We used Lincoln Log pieces: The large logs are 10 and the singles are one. In the past we've also played this game used LEGO pieces, pretzels (tens) and marshmallows or Cheerios (ones), single beads and sets of 10 beads on a string, etc.) 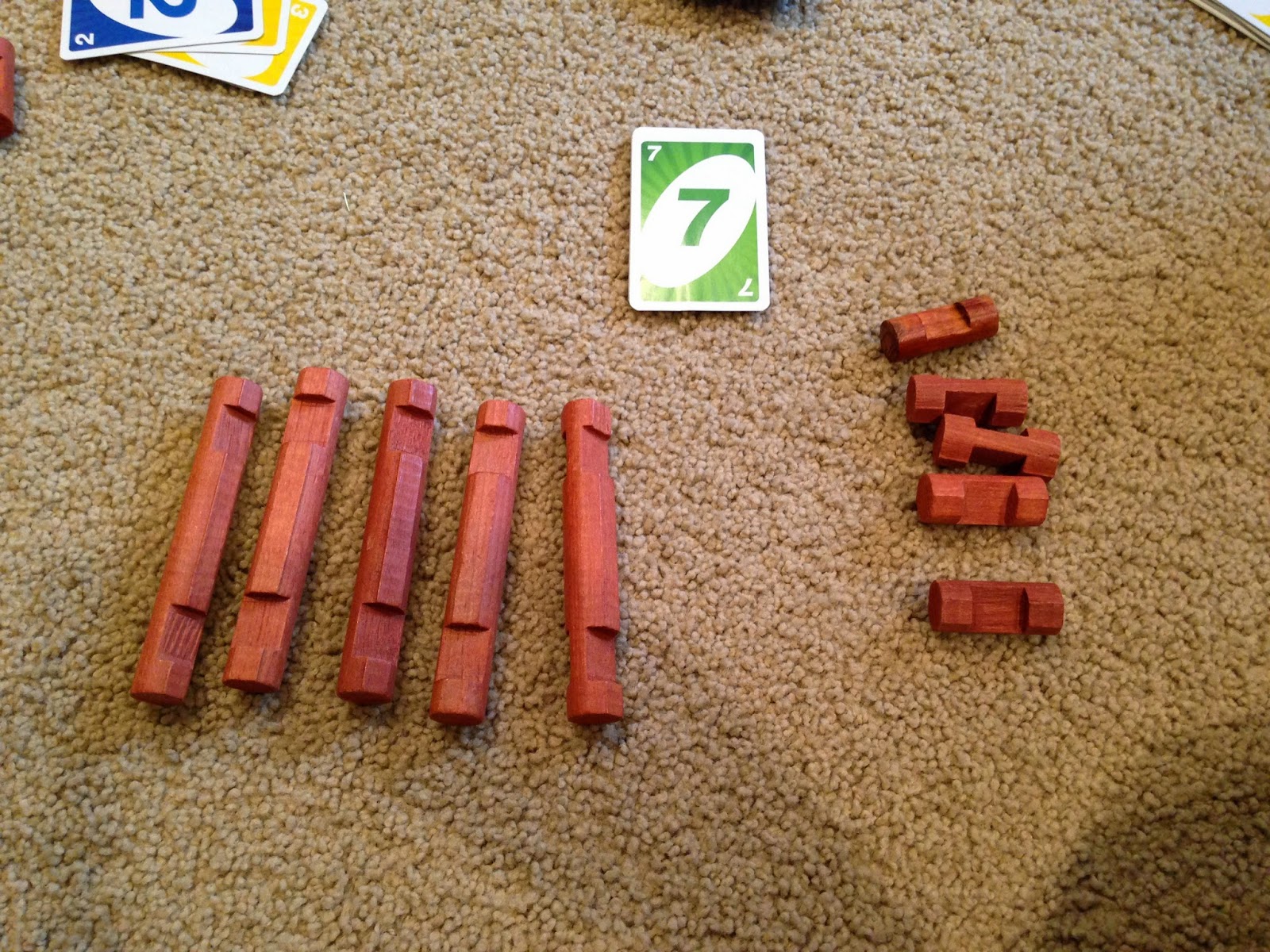 Here's how to play: