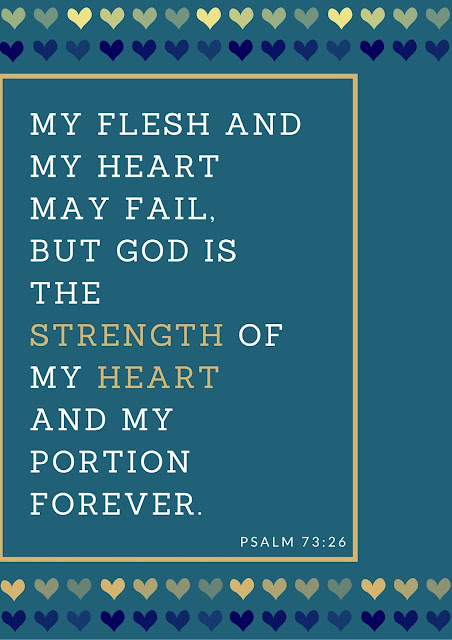 Three years ago we received the unexpected and devastating news that our precious little three week old baby needed heart surgery. We were floored-- we knew she had a heart murmur but our doctor had assured us it was probably nothing and was only requesting an ultrasound at Motts because we lived so close by. But as the ultrasound dragged on and the technician became more serious and less chatty, we worried that something was wrong. When we got back to the exam room, a team of doctors was waiting for us with the news that we would not be going home and that Brielle would need surgery asap.


What followed was a flurry of activity. I remember holding her as we were escorted to a different wing, tears running down our faces. I remember handing her over and being shown to a pumping room to pump my milk. As soon as the door closed, I sank to my knees and verbally cried out to God! I pleaded with Him to save our baby, to be with us, to keep us strong. I prayed for my other girls who were about to have their worlds rocked as well. I cried out, over and over, "God is my strength, God is my strength" which is what "Brielle" means in Hebrew.

When I returned back to Brielle, she was hooked up to countless machines. She even had an IV in her head and a kind nurse handed me a Baggie with strands of her hair, which they had to shave in one section to get the IV in. Only minutes after getting back to her we were asked to leave as another baby was coming in to be set up as well. It was 4 hours before we could see her again. We had time to call our parents and then we were meeting with more doctors and nurses again.

I remember waking up in Brielle's room on the morning of her surgery with a passage of scripture on my heart.
Psalms 139:13-16
13 For you created my inmost being;
you knit me together in my mother’s womb.
14 I praise you because I am fearfully and wonderfully made;
your works are wonderful,
I know that full well.
15 My frame was not hidden from you
when I was made in the secret place,
when I was woven together in the depths of the earth.
16 Your eyes saw my unformed body;
all the days ordained for me were written in your book
before one of them came to be.

I had such a sense of peace. God didn't make a mistake when He formed Brielle! He knew the order of our steps and knew just where we'd be on this day, safe in His hands. He was in control and I just knew He would complete the good work that He began when He made her.

Even so, I held her all that morning. We walked her to the operating area and kissed her face and whispered to her that we loved her, that God loves her, and that God was with her. With tears drenching my face, I told her to be strong and that she was going to be okay.

Someday we'll tell Brielle what her name means and we'll tell her the story of how God made it real in us. Right now our beautiful three year old is healthy, full of life, funny and silly, and brings such joy to our family.

As we walked the halls at Motts and saw other tiny babies and other worried parents, we often wondered how someone could possibly go through something so hard without God. Where is their hope when things seem hopeless?

Before Brielle was born, we lost a baby. I had prayed to God that He would save that child, so that his or her life could be a testimony to him! For reasons known only to Him, that life did not continue, but God gave us another baby with a different testimony. It's a blessing to be able to share it.
Posted by Meghan at 7:24:00 AM